Whenever we feel that our warehouse, office and general disposition is in need of some cuteness or lively sprucing up, we always end up drawn to the MMMG aisle. For the uninitiated, Millimeter/Milligram is a real trend setter for design stationery and their troupe of 20 designers believe that 'Everything is Something' for their inspiration.

And even though things weren't really all that drab around here last week, au contraire, we did happen to receive enough undiluted cuteness to get us through a decade of Dido albums.

Plus plenty of great notebooks and albums. In particular, I love the Lines 02 notebook 'Half Space'...a really cool layout. Why didn't I think of that?

All the way from Prague, Papelote is pronounced (I think...Czech speakers feel free to correct!) Pup-el-lot-eh and it has an interesting meaning. (1) A Scrap of Paper. (2) A Paper Kite.

And this very much reveals the way that Papelote and head designer Katerina Sachova feel about paper and stationery. It's about re-use, re-invention and the way we frame things. Is it just a piece of elastic or can it be tweaked to hold your pens? Is it an envelope or a cool notebook cover just waiting to happen?

There is unbound creativity throughout all of Papelote's designs. This comes from their belief that paper is not a mere base for sketching or writing but it is this material full of flavour and colour. It's fun to touch, full of metaphor and a really important part of our day.

And colour is everywhere! Red, blue, green, purple, yellow...it's fun and colourful and just waiting to meet some new stationery to hang out with.

You'll find everything is really really well made. Thick paper, substantial card, beautiful wool felt and printed fabrics all come together to bring life to the things we carry everyday. Papelote proudly call themselves the Soul & Body of Paper and i think there is some right to this claim...it's all so vivid and, well, alive.

Ok so to say we're in love with Molekskine's NEW Limited Edition LEGO notebook range would be an understatement! The latest hack from the black cover cult brand is the Moleskine LEGO range - complete with a LEGO blocked fixed to each of the pocket & large, ruled & plain notebooks.
Due to arrive in Australia and at the NoteMaker offices March 1 - we are now taking Pre-Orders on this long-awaited mashup! 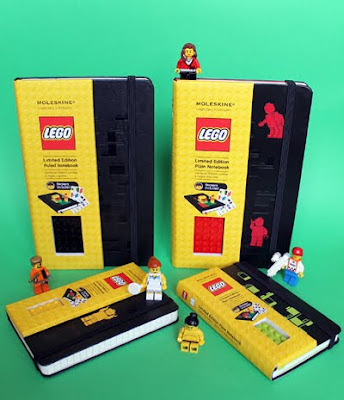 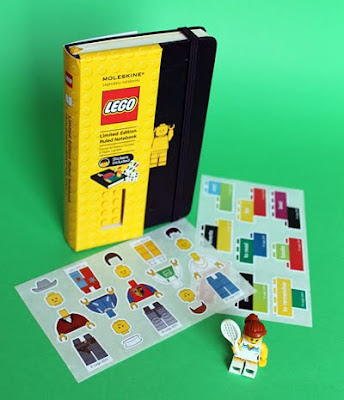 Each notebooks comes with a sweet sheet of LEGO stickers 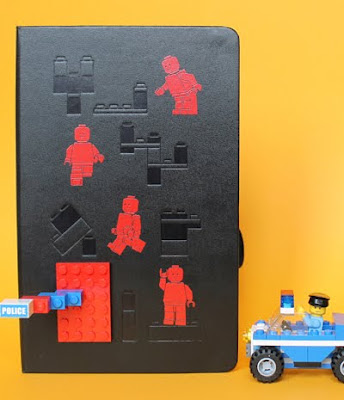 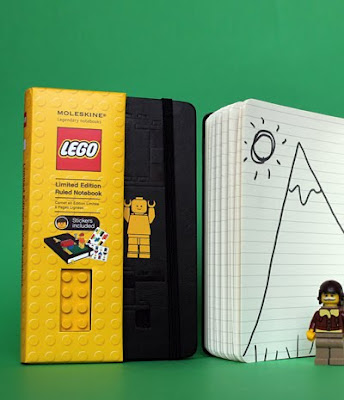 Available in ruled and plain rulings, and pocket and large sizes.

Don't miss out on getting your hands on Moleskine LEGO....pre-order deliveries will be dispatched March 1. Fisher Space pens have been on every manned space flight and recorded some amazing stuff. And they really are a big deal. I mean, a pen is essentially a fairly humble thing nowadays but this is no ordinary pen. The Ag7 Original Astronaut Pen does all of that amazing extraterrestrial stuff. It writes upside down, at any angle, underwater and within a narrow temperature range of -34 to +121 degrees Celsius. TIME Magazine has it in it's All TIME Top 100 Gadgets and any field worker, paramedic, nurse or traveller who has ever put one in their pocket basically never takes it out. I don't do any of that stuff but i do write and i do like to try new stuff. There's nothing new about the Original Astronaut, it has that name because it is unchanged since 1968, but each time i use one i do get a kick out of it. I know it's gonna be smooth and I know it's going to feel nice and it really is like a novelty each time...like it's new. It is a super fast writer. I mean it just glides over the paper, not unlike a really nice fountain pen. Glide is a good word...i recommend the AG7 pen for people with neat writing or who need to write fast. There's no real feedback so you can find your hand getting away from you. What i really like about it is the balance. It is small, light and elegant but the balance is great. Normally a thin pen is a problem for me. I find myself really putting pressure on at the grip and this wears my little fingers out. But the weight on the AG7 is right where i want it, nestled in between my thumb and first finger. Effectively, my fingers dont have to do anything but those little, precise oscillations that guide the tip to make the letters on my paper...there is no need for pressure. Relaxed fingers, weight in the hand, smooth ink...it just glides, it's ridiculously relaxed. To celebrate the majesty of the Fisher AG7 Astronaut pen and their storied life of space travel, we thought we'd get some new Fisher pens! Not Original Astronauts....as you'll remember, these are unchanged since 1968, but Fishers all the same! Check out the New Arrivals of Fisher Bullet pens. You get all of that smoothness in a compact traveller format. These aren't quite in the NASA Museum like the AG7, but they are in the New York Museum of Modern Art, acknowledged as an icon of timeless design. 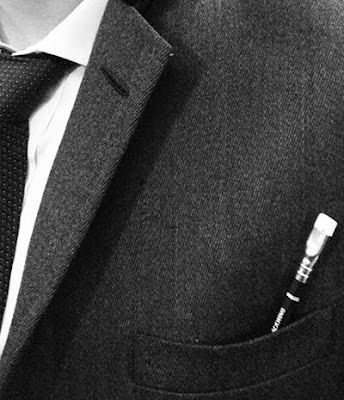 Move on aside, Pocket Square. Blackwing is in town. Via Museum of Useful Things.